Enfield Town 2 Lewes 1 – The Queen Elizabeth II Stadium – Saturday 13th February 2016
OK – let’s start with the positives.  We all got a free pint to drink during the first half thanks to a great gesture by Enfield Town, a thank you for our support in their campaign for justice at the end of last season.  Not just your run of the mill fizzy-pop either.  A fine pint of Redemption’s Rock The Kazbek no less.  And boy did we need it in a first half where the pre-match instruction from our management team to “make sure Whitely doesn’t cut inside onto his right foot” lasted approximately 200 seconds when Whitely cut inside onto his right foot and scored. 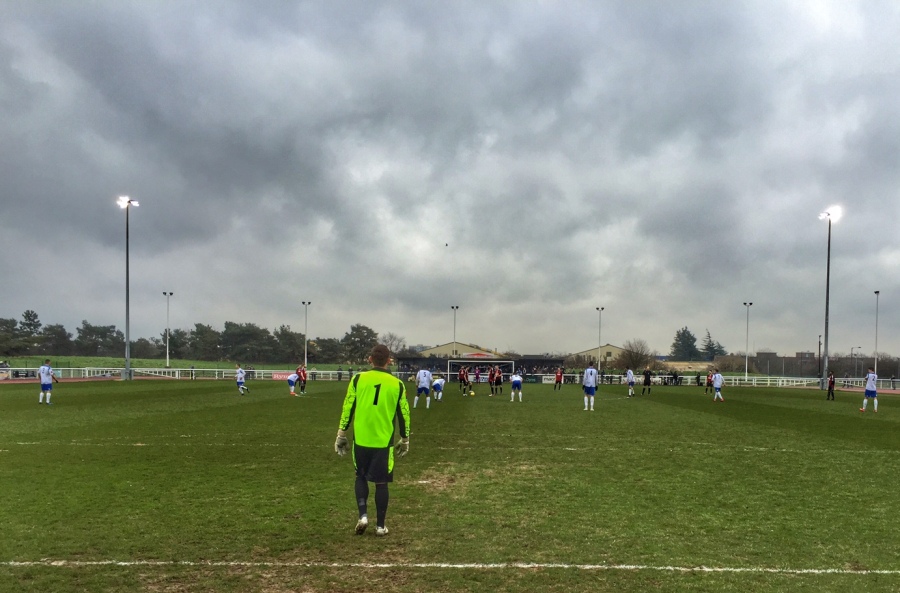 The goal came as a bit of a shock to be honest, even though a) Enfield Town had won their last four home games, b) We have the second worst away record in the league, conceding on average 2.3 goals per game and c) We hadn’t gone behind in a game this year.  Could we have another beer voucher?

The scars of last season’s debacle have been forgotten by most at the club, although the initials FA certainly don’t mean the Football Association in these parts.  It’s fair to say that our governing body didn’t come out of the whole affair very well, and even at a meeting before Christmas with the chairman of the Ryman League, looked to deflect blame from their failings.  Fortunately, plans are afoot at our league level to change rule 6.9 which would now mean the Ryman League could handle the situation very differently if it occurred in the future.  How difficult was that?  Well as simple as changing the word “shall” to “may” in terms of how the league penalise clubs.  It took 30 seconds for the votes to be counted back in December’s League Meeting for that to progress.

Anyway, back to the action.  We always looked like we would concede another in the next thirty minutes but somehow we didn’t.  Then we started to remember how we had beaten Dulwich Hamlet, Canvey Island and Merstham.  We started passing the ball, stretching Enfield’s midfield and defence.  We had a great chance for Laing to run in on goal in the last-minute of the half.  However, the ball never reached him as the Enfield Town full-back decided to play basketball with the ball in front of the linesman, who tried to justify the fact he wasn’t looking by pointing to his chest.  The Enfield player walked off at half-time hardly able to contain his laughter. 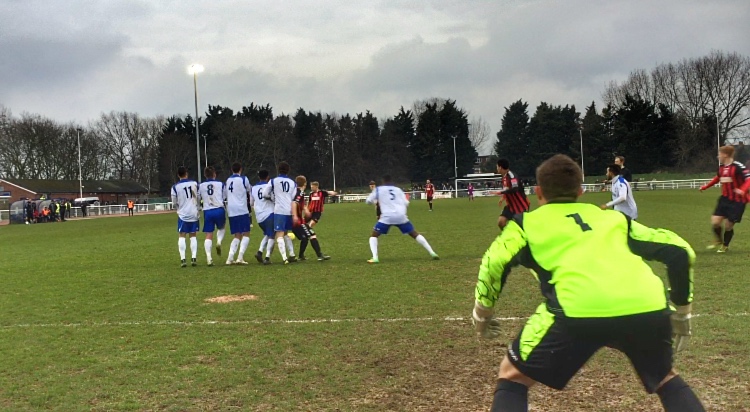 We kept pressing in the second half, chipping away at the back four, looking for a way through.  Laing had a great shout for a penalty turned down when he was pushed to the floor.  No penalty, yet no card for “simulation”.  So what was it then ref? Jonte Smith’s far post header was turned around the post by an Enfield leg and with seconds left we could sense something was going to happen.

Laing again bamboozled the defence and his cross struck and outstretched arm.  Referee points to the spot.  Could it be?  Smith stepped up in the most languid of ways and rolled the ball into the corner of the net.  We’d take a point our jumping around on the terraces said.  We’d hardly had time to tweet using the hashtag “unbeatenin2016” before we’d conceded again. 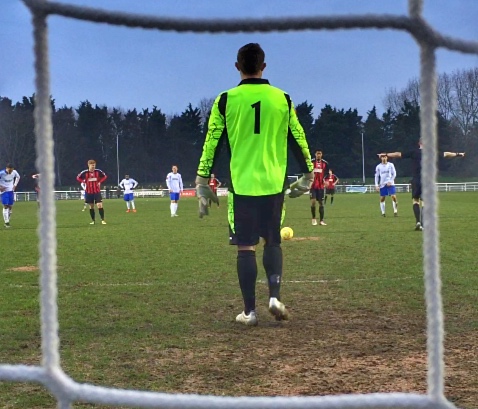 Back in August we took the lead at home to Harrow Borough with a penalty in the 87th minute.  67 seconds later we conceded after switching off and had to settle for a draw.  Today our point lasted marginally less.  Enfield Town were given a free-kick on the left-hand side, pumped it into the box and someone (later identified as full-back Doyle) headed it in.

It’s hard to smile and share pleasantries post match in the boardroom when you lose like this.  Enfield Town’s hospitality was second to none and whilst the conversation, according to the unwritten boardroom protocol, completely avoided the a) result, b) the last gasp goal, and c) the fact we were still bottom, you couldn’t help thinking what could have been.

The positive was that other scores down at the foot of the table didn’t work against us.  We will pick ourselves up, regroup and refocus on three points next Saturday against Grays Athletic.  Perhaps it was the beer after all?  Yep..*makes note to turn down free beer*