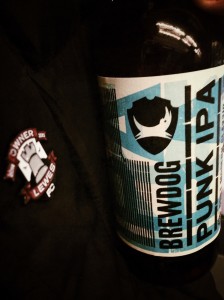 When the fixtures are released each summer we instinctively look for when we will be able to visit somewhere new.  A new ground, new pubs, new fans to banter with, new pubs, new cultural experiences and of course, new pubs. When you’ve been in the same division, like Lewes, for a number of years the excitement of visiting Margate on New Years Day or Leiston on the 6th January doesn’t really cut the mustard.  As much as we love wandering along the seafront with Tel wearing his “kiss me quick” hat, or watching Deaksy’s hair stand on end as we near The Vulcan opposite Sizewell B nuclear reactor, we want to try something new.

This season we have already visited the delights of Witham (twice), where the main attraction is the Olly Muirs walk of fame (being the town and football club’s most famous son), Tonbridge Angels and our old friends at Leatherhead.  We still have the delights of Crayford in the spring to come when we visit VCD Athletic for the first time as well as a very short hop over the downs to Peacehaven & Telscombe.

Of course the real excitement comes when the respective cup draws are made.  Our run in the FA Cup lasted all but as we crashed out away at Witham Town. The Ryman League Cup saw a home defeat to Peacehaven & Telscombe.  A home victory in the Sussex Senior Cup versus Brighton & Hove Albion has seen us drawn away at Horsham YMCA, a ground we’ve visited on many occasions.  But in the FA Trophy is where our current interest lays. Not that there are thousands of pounds at stake for each round we reach – oh no, it’s not all about the money at all.

After a 3-2 win at Heybridge Swifts on Tuesday night, Lewes would be travelling to Oxford City of the Conference North.  Finally, a proper away day.  No disrespect to Witham or Heybridge, but the local hostelries can’t really hold a candle to the dreaming spires of the land of Morse, Bannister and Lawrenson.  The Lewes Lunatic fringe would be out in full force for this one, with Linda having the job of making extra rounds of cheese and pickle for the long train journey.

Whilst we were all excited about the big day out, it was water off a duck’s back to our Vice-President, Terry Parris. “Did I tell you about the time Bobby Moore offered to put my disclosed finger back in place at Oxford City, Stu?” Now that’s a way to start a conversation.  For those who don’t know Terry then you obviously don’t know anything about Non-League football.  Terry has held virtually every position in the Lewes team and subsequently in the club itself,  He’s played more games than anyone else in the club’s 129 year history (over 650 times), managed the club, been the groundsman, commercial manager, secretary and even run the line.  He has the east terrace at the ground named after him and until last month was the club’s chairman.  He is full of stories that would put some of the banal, bland best-seller “expose’s” of today’s players to shame.

Back in the early 1980’s, a new chairman took over at Oxford City.  Jealous of the success of United on the other side of town, who were just starting their march up the divisions that would ultimately see them winning the League Cup at Wembley, the then chairman managed to persuade former England captain and one of the legends of the English game, Bobby Moore to manage the club.  City had just been relegated to the Isthmian Second Division and played Lewes for the first ever time in 1980/81.  Moore recruited a former team-mate from West Ham to be assistant, a young chirpy chap called Harry Redknapp.  In the game in February 1981 against Lewes, Terry managed to injury his finger and ever the gentlemen, Moore offered to put it back into place.  Terry declined and headed to hospital, although Moore still took the time after the 3-0 defeat to find out how he was later in the evening.

Today City haven’t really met the expectations set 35 years ago.  Playing in the second tier of Non-League football is the highest level they’ve played at. Whilst they came within touching distance of neighbours United a few seasons ago during their brief foray into the Non-Leagues, they are still miles away in and off the pitch today.  Whilst both clubs have moved to new stadiums, the money pumped into United by former owner Kassam has seen them take up residence in a 12,500 seater stadium in whilst City have moved to a very rural location close by the A40 – by rural we mean there are no pubs within a 15 minute walk.

Promotion to this level has been bitter-sweet for City. Every club wants to progress but being bumped into Conference North must be hard to stomach.  Whilst they have localish games at Worcester City (45miles) and Gloucester City (47 miles) away trips to Barrow (250 miles), Harrogate (190 miles) and Fylde (180 miles) put a huge burden on the club.  Incidentally, Maidenhead United and Wealdstone (40 and 42 miles away respectively) are their nearest Conference rivals, both playing in the Conference South.  With average attendances rarely breaking the 400 mark, there is a big price tag on progress and the club should be applauded for doing everything they have not only to hold their own in the league but to start to push for the play-off spot.

The odds certainly appeared to be stacked against Lewes.  However, a seven game unbeaten run had given everyone at the club confidence despite a mounting injury crisis that would have seen both Baz Collins and Big Deaksy in the squad for the game if they hadn’t both been cup-tied after playing for Lewes on FIFA14 (damn rules, as Club Sec Kev told them). Avoiding defeat here would mean we would have remained unbeaten for a whole calendar month – the last time that had happened was in June when we didn’t play anyone.

We would travel to parts we’d never traveled to before with hope in our hearts, a bellyful of ale and pockets full of Scotch eggs. There is nothing better than a proper football awayday.  There was talk of a coach, rosettes, a special squad-sung version of Sussex By The Sea to mark the occasion but that would be presumptuous (and we’ve heard Nathan Crabb sing!).

Saturday morning, London Paddington station.  As we wait for the 11:15 Great Western service to Great Malvern via Honeybourne, Charlbury and Pershore, we see other groups of fans.  We are all a band of brothers, off to do our bit for our own clubs.  It doesn’t matter what race, sex, creed or colour we are, we are all football fans, prepared to travel to the four corners of this country to support our team, even if they are a step seven club like Lewes. Alas our attempts to engage with Crystal Palace fans on their way to Swansea didn’t work – “who are you?”, “small town in Brighton” and “you’re going to get your head kicked in” suggested that perhaps we weren’t as welcome as we thought we would be.  Even the Met Police fan heading to their game at Maidenhead blanked us.

Deaksy had done his research and eight minutes after getting off the train, we were in pub number 1 – The Four Candles (not to be confused with the Fork Handles obviously).  37 minutes later we were in the Grapes and then 26 minutes after that, Far From The Maddening Crowd.  Military precision from Deaks.

Marsh Lane is some distance from the city centre – a £10 cab ride distance to be precise.  It seemed that few of the locals had been gripped by FA Trophy fever, and as the two sides took the pitch a quick scan of the ground saw less than 100 fans ready for the game.

OK – let’s start with the positives.  The City Banger, a roll with three local sausages in for just £2.50 was outstanding.  We ate about a dozen between us.  The Lewes support was close on a third of the whole attendance and we scored a goal.  They were my three positives.  That’s not to say the rest of the afternoon was bad – we were clinically undone by a team who play in a way that is alien to our lowly Non-League position.  What was interesting was hearing some of the comments of the locals who didn’t particularly like the number of overseas players being brought into the club under Head Coach Enrique Guillen.  The starting XI contained five Spanish players, brought in by Guillen.  Talking to some of the fans it seemed that not everyone was happy with the direction the club were going in.  Could some external forces be pulling the strings here?

Oxford City have a style of play that either reduces teams to gibbering wrecks, or is like defending the Alamo.  A 1-8 home defeat to Fylde earlier this season was proceeded by a 7-2 away win the following week at Boston United.  5-0 away win at Bradford Park Avenue, then a 4-0 defeat to Guiseley seven days later.  Today they were on the back foot from the first minute and Lewes had two golden chances to take the lead in the first five minutes.  Ten minutes later and Oxford City were 3-0 up.  Fast, counter attacking play, moving the ball from wing to wing that undid our 3-5-2 formation.

But then Lewes came back into it, forcing the Oxford defence onto the back foot.  Nicky Wheeler’s excellent effort reduced the arrears and a few minutes later his lob looked to have made it 3-2.  Lewes certainly ended the half on top.  But less than five minutes after the restart we were 4-1 down – again another fast counter attack and the ball was in the back of the net.

That goal was the final nail in the coffin. We pushed forward more in hope than anything else and did force the keeper to make a couple of smart saves. However, two further goals by Isaac and Benjamin gave the final score an unfair look.  Oxford has certainly been the better side but not by a five goal margin.  But that’s football. It had been a decent day out and we can have no complaints at the result.  Now it is all about Wednesday night and the visit to the Pan of bottom of the table Bury Town.