So there we have it.  Another season finished, another one that at the Non League level has seen its fair share of contraversey, mismanagement and simply downright incompetence.  In fact, as I write this, some two months after the Ryman Premier League season ended we are still none the wiser as to who was actually relegated last season.  Is it Thurrock or Carshalton Athletic?  I genuinely feel that the Isthmian League have no idea themselves, and are hoping for divine intervention to make the decision. 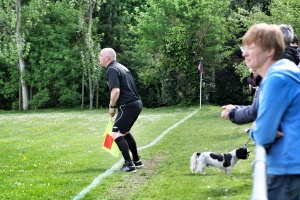 We started this series three years ago.  Have any of our sensible plans been adopted?  No.  Have the FA answered our letter with the suggestions we sent?  Of course not.  But will we give up?  Absolutely no.  There are many people out there who watch games at grass-roots level week in, week out, who give up their time willingly and for no return apart from a cup of tea and a slice of cake.  So why shouldn’t the authorities listen to what these people are saying.  This season we have seen some real heavy hitters of the Non League game give us their opinion.  So please football authorities, read some of these ideas below and at least consider them.  Help make the world of Non League football a better place.

Andy Ollerenshaw – Listen to the fans

Put a Jumper On- Children are our future

The Real FA Cup – Let’s shake up the FA Cup

A final note about when common sense and sheer determination can win the day for David against Goliath.  As I prepare to publish this, news reaches me that Rye United and Crowborough Athletic, both living happily previously in the Sussex County League have won their appeal against the FA’s decision to move them to the Kent Premier League (sorry, Southern Counties, East League).  Neither club wanted to move yet the FA arbitrarily decided to move them.  Fortunately, sense was finally seen (FA…Sense…really?) and both clubs can go back as they were.

So, see you next year?  Same time, same place, same issues?  As Meat Loaf loves to say, Two out of three ‘aint bad.