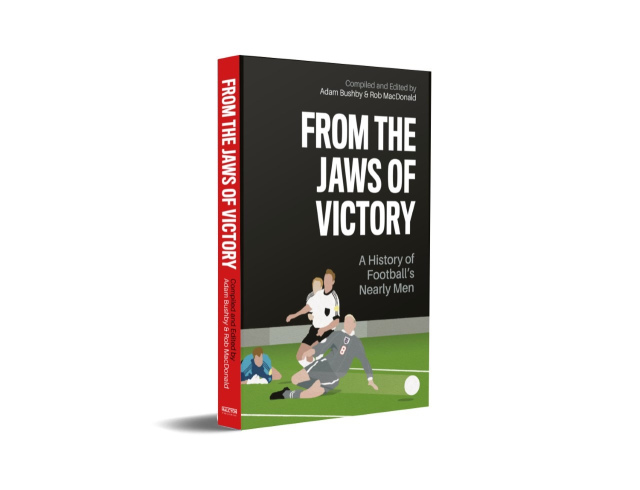 It’s still not too late to get your Christmas orders in and have them under the tree before you have to resort to going down to the BP garage on Christmas Eve and buying some string-back driving gloves for everyone.

It’s been another great year for Christmas books being published and our list could stretch to a list that would last you into 2025 so the TBIR team (Me, CMF and the two cats) have picked our top five that will delight your family, or simply allow you to avoid the ridiculous board games and talk of Elsie’s varicose veins. If you can, try to buy direct from the publisher as that means the authors may get an extra few pence to spend on some tea lights, a new cushion or something else useful.

How to Run a Football Club – Jim Keoghan – Pitch Publishing Ltd
As the Chairman of a Non-League football club this book makes a very interesting read to know what we are doing wrong and occasionally right. That’s a bit unkind to Lewes FC as Keoghan actually spent time as part of his research at the Dripping Pan and I do have a small vested interest in this book as he interviewed me. That being put conveniently aside, the book has been meticulously researched and written, pulling stories from all levels of the game and getting to the heart of the issues impacting clubs. Written pre-COVID times it is a reminder of what football was and what we can hope to aspire to return to one day.

From the Jaws of Victory – Adam Bushby & Rob MacDonald – Halcyon Publishing Ltd
There’s been plenty of books written about the successful teams. Barely a few hours goes past between a team winning a major honour and there is a book published detailing the exploits as if it has been a unique story, rather than one trodden by dozens before. But what about those teams who nearly made it, the ones that could and should have won the title or a major trophy but didn’t. The ones who for a brief moment in time somehow lifted themselves out of the mediocre pile and almost became someone. Bushby and MacDonald assembled a top notch team to tell their stories, ranging from the 1953 Bolton Wanderers side to Liverpool in 2013/14. The story tellers take us on a journey around the world – from Hungary to Brazil to Yugoslavia and finally Ghana. A perfect book to dip in and out of. I can thoroughly recommend the chapter on West Ham’s Boys of ’86 ‘cos I wrote it.

British Football’s Greatest Grounds – Mike Bayly – Pitch Publishing Ltd
See this, go here, do that, experience those. We’ve all seen the books that tell us the places we need to go and experience before we die. Many are done as a Top 100 list but in reality the book can never be a list of places you wish to go to but for many reasons can never afford it (Seychelles, Noma and Harry’s Bar for instance). But a list of the best football grounds in Britain – that’ll do me. Bayly has spent years researching this book, using a principal that if something is worth doing, it is worth doing well. The original concept was a vote by fans on the top 100 and off the back of that Bayly set out on the most envious journey to capture the essence of the grounds along with a bit of a story behind them. Of course, The Dripping Pan was number 1 – that was a given, right? It is too disingenuous to call this a coffee table book – it is a work of art.

Wall of Sport – Steve Hill – Ockley Books Ltd
We’ve all spent a day laying on the sofa watching game after game on occasions. COVID-19 has given us more of an opportunity to do this with the Premier League staggering the days and times of kick offs. But imaging doing that all day, for a year. No, seriously, just imagine how brilliant that would be. Well Steve Hill did just that in 2018 and found time during the advert breaks to write a fantastic almanac of sport from around the world. The book is a great read for any sports fan who sees the sofa as their luxury seat and their living room as their own hospitality box.

Where the Cool Kids Hung Out – Steven Scragg – Pitch Publishing Ltd
I was and still am a massive fan of Scragg’s book documenting the history of the European Cup Winners Cup, ‘A Tournament Frozen in Time’. the best tournament there has ever been in my slightly biased opinion as West Ham were one of the most successful teams in the history of the cup. The author has naturally followed it up with a tome about the UEFA Cup, which for anyone under the age of 25, is the tournament that morphed into the Europa League. This story is of when the tournament is taken seriously by clubs and as a kid gave me a mystical insight into countries that were far from our popular view. The book includes interviews with players, journalists and supporters who lived and loved the competition. A brilliantly told story and thoroughly recommended (as too is the ECWC one).