Words have been hard to come by in recent weeks.  I’ve not let up in the number of games I have been watching, although for once my work trips haven’t coincided with any games (they’ve wised up to my little games perhaps?)I’ve just been short of motivation on what to write.  Being a fan of a team who go through a poor run isn’t much fun.  Being in a position of accountability of a team who go through a poor run is even less fun. Match days become longer and longer as you examine every little detail to see what you can do to end the run.

Today’s 4-3 defeat at the hands of mid-table Leatherhead marked the tenth consecutive defeat for Lewes in all competitions. The game, as the scoreline suggests, was pretty decent – five of the seven goals coming in the opening quarter of the game no less.  But I’m no longer able to walk away at full time as a neutral or even a fair-weather fan and have simply enjoyed the thrilling game.  I have to analyse where we as a club went wrong both in terms of preparation but also execution.  Whether we lost 4-3 or 7-0, we came away from the game with the same number of points – zero and our league position worsens. 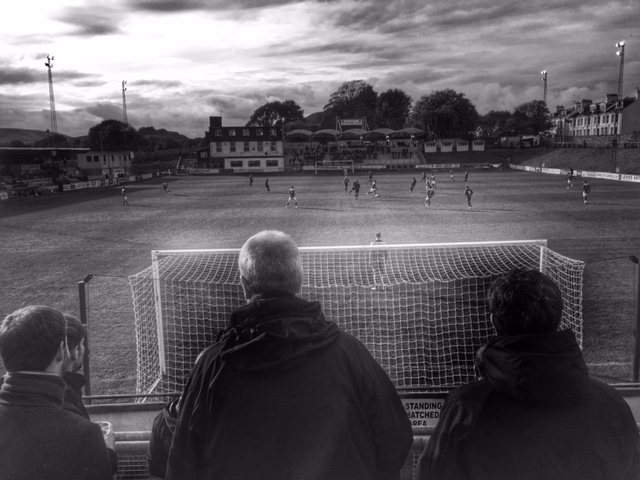 You look for crumbs of comfort in this situation.  We’ve lost seven of those ten games by just one goal.  Seven different bounces of the ball, seven shots that the keeper could fumble, seven crosses we head to safety.  Seven different decisions could have given us seven points we don’t have today.  There’s no satisfaction in scouting a team, documenting their yellow belly but then falling foul to the sole threat they offer.  You can draw positional play diagrams to your hearts content, play videos of set-pieces all night or write detailed notes on tactics but if the players don’t take it on board then there is little you can do.  Leatherhead’s star man Karagiannis scored two superb, almost identical goals yesterday.  He’s a left-footed player who plays on the right. He hugs the touchline then runs inside the full back and shoots from distance. He’s done that twice in games I’ve seen.  Yesterday he did it twice in a few minutes and scored on both occasions.

Someone recently wrote on the club’s forum “Being a director isn’t about being popular.  It is about doing the right thing.” Yes, we are all fans but that doesn’t make us immune from not being accountable.  You need a thick skin at times – every decision is open to scrutiny.  Football fans at all levels see the game through different eyes and are satisfied by different things.  Growing up as a West Ham game I was always told it was better to play the “West Ham way” and lose 4-3 than to play direct and win 1-0.  I saw exciting players such as Alan Devonshire, Ray Stewart, Alan Dickens, Frank McAvennie and Paolo Di Canio. But some of the most memorable games were those where Julian Dicks, Martin Allen and David Cross were at their best.  They weren’t “flair” players – they played with their hearts and had a “win at all cost” mentality.  However, when you are deep in the relegation myre you will take a win at all costs.  We can all comfort ourselves that we lost whilst still playing some good football, but we still lost. 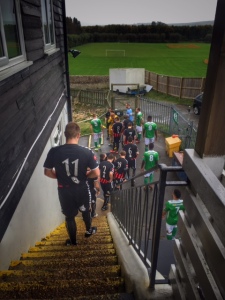 Earlier this year we took a tough decision to change our management team.  We were on a bad run and whilst we could have potentially scraped through without making a change, there was enough of a risk that we could be relegated for us to take the tough decision.  The majority of the fans backed the decision and we brought in someone who had managed at a higher level but limited knowledge of football in Sussex.  We battled and won games at all costs.  We retained our place in the division without any outside intervention yet some still questioned the style of play.  Our sole objective was to stay up yet some expected that “West Ham way”.

Lewes may be very different from other Non League Clubs in that we think about the future as much as the present.  The past is gone – we cannot change it BUT we can learn from it.  Coming within a whisker of not having a club at all is a sobering situation.  That near death experience will never be forgotten by those who went through it.  Thinking about the future means ensuring that we need to live within our means, not mortgaging today for something that will almost certainly not happen in the future.  Football is littered with the casualties of this blinkered view.  Leeds United, Coventry City, Blackpool, Portsmouth, Torquay United, Hereford United – the list goes on of clubs who have ignored the lessons of the past.  Some, such as Portsmouth and to an extent Coventry City now think in a very different way.

I would like to think that in five or ten years time we have a very different board at Lewes than we have today.  Change is good – a fresh perspective, new ideas not encumbered by the past. But none of the existing board will renegade on their responsibilities today.  Nobody tells you what the “right thing to do” actually is.  What is right to me may be wrong to one, two, ten, two hundred others.  Our frame of reference is and will continue to be until we are 100% self-sustaining “what impact will this decision have on the club tomorrow?”  The club has been criticised from some quarters that we concentrate too much on the off the field activities – the posters, the beach huts, the 80’s band as a shirt sponsor.  Without these things we would almost certainly be playing at a much lower level than we are today.  We are very good at creating media interest and consequently more revenue that can be invested on the pitch because we have that expertise within the club.

Fans come to football for a number of reasons.  Escapism, to meet up with friends, to be entertained, to play our their dreams.  You can fall out of love with football if you start seeing the game as a millstone around your neck, knowing that someone decisions made by 11 men on the pitch are your collective responsibility.

Yesterday could have ended up 5-5 or more.  Lewes created more chances in one game than they had done in the previous five or six.  Less than sixty seconds after we drew the score back to 2-2 the Leatherhead keeper made a save that he knew nothing about, keeping the ball out with his cheek.  At 4-2 our centre-back found himself with the ball at his feet with only the goal keeper to beat and poked the ball wide. Alex Laing hit the post.  That in itself brought some of that love back.  It made me realise the team did care, that the ten defeats to them meant something too.  For some fans it still wasn’t enough.  They wanted a win, a win at all or any cost.  I can understand that too.  But going back to something I said earlier, we didn’t lose because the club promotes its beach huts, its posters or its catering.  Likewise when we win (and we will do very soon) it has nothing directly to do with those things either.

When teams win every week, everything is right.  The team and the club can do no wrong.  But then when things do start to falter they are blown out of all proportion.  Chelsea’s start to the season has been average in comparison to other Premier League sides.  But they aren’t considered to be “another” Premier League side.  The media prefix their name with “reigning Premier League Champions” all the time.  The past is past.  There is no sense of entitlement in football.  West Ham’s win over Chelsea yesterday was down to the referee, goal line technology and Mourinhio’s half time spat.  Bilic’s tactics or the performance of players such as Payat become irrelevant.  Chelsea lost the game rather than West Ham winning it apparently.  According to the loyal fans, Chelsea’s predicament is down to the manager not getting the players he wanted to sign in the summer.  The fact that other teams have invested their smaller resources in a better way is irrelevant.

So back to football in East Sussex and our losing streak.  Defeats hurt, especially when you are hopelessly second best.  For the first time in quite a while I saw hope yesterday.  Hope that the players are caring as much as I do, hope that we can create chances and more importantly take them, hope that come what May (or April) that we will be looking down the table rather than up it.  Football should come with a health rather than a wealth warning at our level