Support your local team, the notices around the ground said and for someone who lives just 2.7 miles away, as my cyclometer thing on my bike told me, it is criminal that I had never visited my local team, Seven Acre & Sidcup.  Once upon a time this was the home of Ryman League club Cray Wanderers, but a lack of floodlights had them running off to the palatial surroundings of Bromley’s Hayes Lane.  In their place Seven Acre hopped on the bus from Abbey Wood and took up residence in 2010, adding the name Sidcup as a nod to the local area.

Seven Acre & Sidcup 0 Sutton Athletic 0 – Oxford Road – Monday 5th May 2014
Today the club play in the Kent Invicta Football League, step ten of the English Pyramid on a ground which has trees and greenery abound on three sides, and the smart Conservative Club on the other.

Both teams were playing for position and pride rather than any honour but it was still an end to end game.  Three late goals from the visitors was eventually enough to take all three points in front of a crowd that was higher than numerous clubs two or even three leagues above.   Four pounds to get in, a club that sayings “please” and “thank you for coming”, linesmen who insisted on giving an amusing running commentary, a referee who kept telling players off for swearing as “there are kids over there”, decent beer on draft (Tribute at £2.45 a pint) and three goals.  Can’t be many better ways to spend a Bank Holiday. 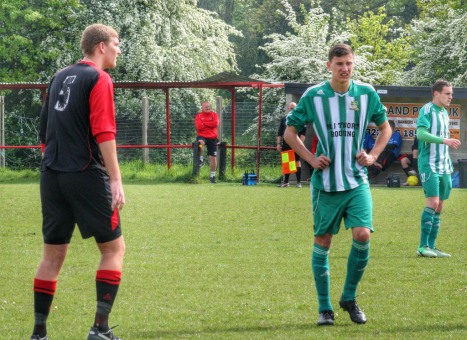 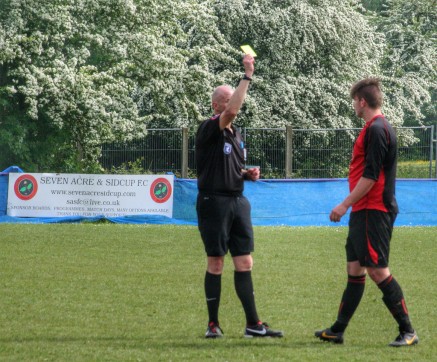