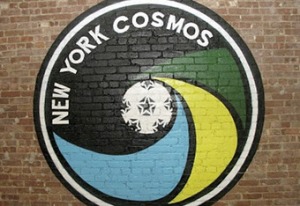 In just under a year’s time, a famous name from the past will once again begin to shine in the public domain.  The New York Cosmos are back, and who would bet that in a few more seasons they will dominate US Soccer, just like they did some 35 years ago.

In 2013, The Cosmos will join the North American Soccer League, the “second tier” of US soccer. They will be playing alongside teams such as the Carolina Railhawks, Puerto Rico Islanders and San Antonio Scorpions in a league that still has no automatic promotion to the MLS.  Whilst these teams are relatively new, they will be playing alongside old rivals Fort Lauderdale Strikers and the Tampa Bay Rowdies.

As of yet they are still to confirm where they will call home, although it is rumoured it will be at Hofstra University in Hempstead, New York state – a far cry from the heady days of sell out crowds at the old Meadowlands Stadium in East Rutherford.  In an interview with the New York Times on announcing the plans for next season, the club put forward their plans.

“It had long been thought that the Cosmos would gain entry to Major League Soccer, but those efforts have obviously not come to fruition, at least not yet. M.L.S. remains committed to expansion and has said it would like to place its 20th team in New York City. That is still possible if the league and New York can reach an agreement on where to put a new stadium — with Flushing Meadows-Corona Park (site of two past World’s Fairs) at the top of the list. Once a stadium is more than a pipe dream, it stands to reason that several groups, perhaps including the Cosmos, would start a bidding war to land in M.L.S.”

Wearing the famous white Umbro shirt will be all the rage in Manhattan once again.  In fact, since the club relaunched a few years ago, the Umbro clothing range of retro shirts and tracksuit tops have been some of the best sellers in sports retailers across the globe. We picked ours up a few months ago, online from Zalando who are one of the biggest online retailers in the UK.

It is yet to be revealed what the Cosmos shirt will look like for 2013 but in terms of design it is hard to beat the retro number we bought, of course complete with the No.10 representing the world’s greatest player, Pele.  If football shirts could be called timeless, then this would certainly fall into that category.  You cannot walk further than a few hundred yards in New York in the summer without now seeing an English Premier League shirt, so here is your opportunity to “beat them at their own game”.  The 100% cotton shirt is perfect for the blistering hot days of the English summer, which as we know always hits us in late September.