The Bath Chronicle reports – “Six people were sent off in a Bath City youth match last night in a row over . . . underpants.” 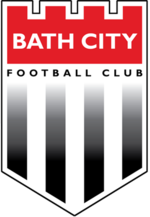 City youth manager Billy Clark was among those punished for dissent after the referee in charge of the club’s match at Newport in Wales said players’ underwear breached FA rules.

City lost 6-0 as the FA Youth Cup game descended into farce and managing director Paul Williams had to take over from Clark.

Rules state that underwear must be the same colour as shorts – with Bath’s white underwear visible below their black shorts. (Should that be the other way round? ED)

Newport had opened the scoring while two Bath players had been ordered off to change.