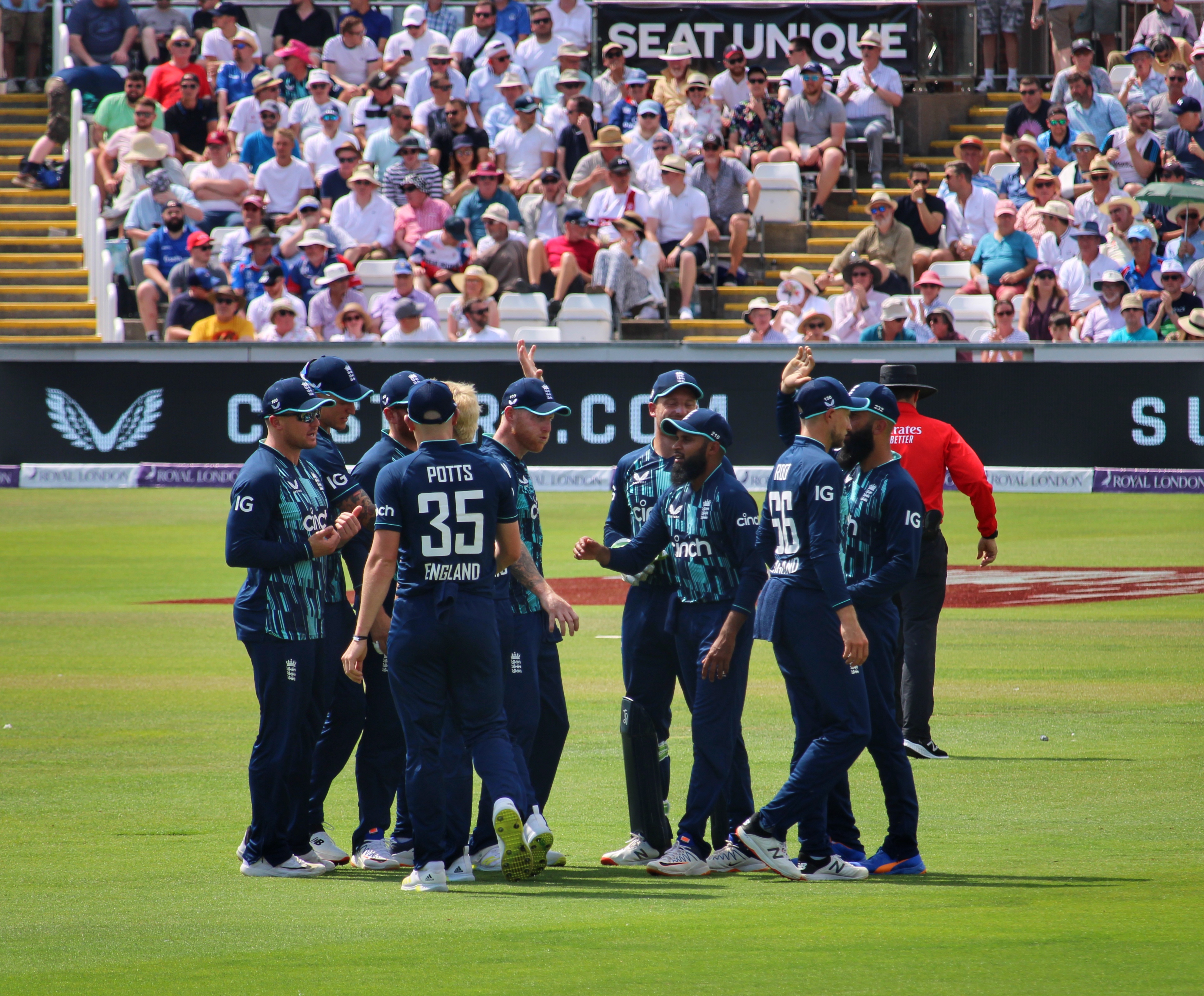 It’s normally fun to be a record breaker. As a youngster I grew up on watching Roy Castle and his trumpet on Record Breakers, one of the three TV shows we all wanted to be on (one of which was Mike Reid’s Runaround, the other we can never mention again). Who wouldn’t want an accolade of being “better than the rest” and getting an award for it? Now, some of those records were obscure to say the least and something that you need to be a bit of a masochist to do (“most live spiders eaten in a minute”) or so committed to break a record (“visit every ASDA in the UK”) but others you stumble into.

So, I can now reveal I’m a record breaker. Me and thousands of others broke a UK record yesterday at the Seat Unique Stadium, Chester-le-Street, County Durham. In hindsight it was an unwise record to have been involved in breaking, but hindsight is a wonderful thing and never takes into consideration the motivations and “utility” we get from attending an event at the time.

Yesterday at 3:30pm as South Africa eased towards the 100 run mark against a tired looking England attack, the mercury hit 37 degrees, which made it the hottest ever international cricket match played in England since records began. I cannot imagine how uncomfortable it must have been in the middle of the pitch but it was pretty unpleasant in the stands.

There must have been some debate as to whether the game went ahead at all. Our fragile rail network buckled, as it does in any non-standard weather (Grey, light drizzle) and those coming by train had to find alternative modes of transport. The ECB and Durham warned us it would be hot and the impact of alcohol although didn’t really make any changes to the infrastructure in the ground in terms of refreshments, creating long queuing systems in the hot sunshine if you wanted alcohol or soft drinks.

But come 1pm and the players walked out onto the pitch. The local fans decision as to whether to attend or not in the heat had perhaps been swayed by local hero Ben Stokes’ announcement that this would be his last ODI for England, going out not only on his home turf but also on the ground he made his debut in 2011. 105 games later he was hanging up his number 55 shirt with an average of over 40 both with the bat and the ball.

South Africa had won the toss and decided to bat. Whilst we have made a big noise about the temperatures hitting record levels this week, and there’s no doubt the climate issue is one playing out in front of our sleeping eyes, cricket is a game traditionally played in very hot climates. Pakistan, for instance, is one of the hottest countries in the world. Temperatures in Australia often hit 40 degrees whilst India can be oppressive in many months of the year. The tourists made light work of the English attack, rapidly building a decent total, as Buttler couldn’t find a bowling attack that stemmed the run rate, using seven bowlers in the end.

South Africa’s innings really turned on the 150 run third wicket partnership between Van der Dussen and Markham, in just 20 overs, punishing the limp England attack. Both finally fell in the 46th over to Liam Livingstone, with exhaustion more than any other factor being their reasons for dismissal. Their final total of 333 may have been achievable in different circumstances but there was a real lack of confidence in the crowd that they could.

The South Africa innings took 3 3/4 hours and many fans, perhaps too stoic in their determination not to miss a ball, were now feeling the heat, seeking refuse in the shade under the stands. The medical teams and the stewards did a first class job in tending to those who had wilted in the heat. There were a few flaked out priests, Super Mario’s and even a man-sized banana or two – really wasn’t the day to be wearing extra furry layers.

England’s response was slow. No real surprise based on the conditions but chasing 6.5 an over was always going to be tough. The England top order is full of batting talent, exciting players who can attack the best in the world and Roy and Bairstow built a solid start. Roy hit the first six of the match in the 6th over as the two shared a century partnership but when both had fallen by the 24th over, they had scored at 5 an over.

Lancashire’s one day specialist Phil Salt had spent almost the whole innings in the field and perhaps it would have been a better decision to have picked him rather than that 7th bowler? Joe Root showed he can adapt his game from the test side, scoring 86 from 77 balls. Stokes final innings lasted just 11 balls and five runs, leaving to a standing ovation.

With my evening plans elsewhere I headed off with the fall of Liam Livingstone’s wicket at 194. England needed 140 off 13 overs and we were into the tail. I wasn’t alone in heading out, as many fans saw the wicket as the final tipping point in the game. When Root departed at 252 is signalled the all too common tail collapse and England were all out for 271 with 3 overs to spare.

Nobody can control the weather (granted we can all take action on climate change that could have an impact in the future) and it’s fair to say the conditions were a significant factor in the outcome. But whilst I’d been part of a record breaking event, it’s not one I’d have been happy to write to Roy Castle about.