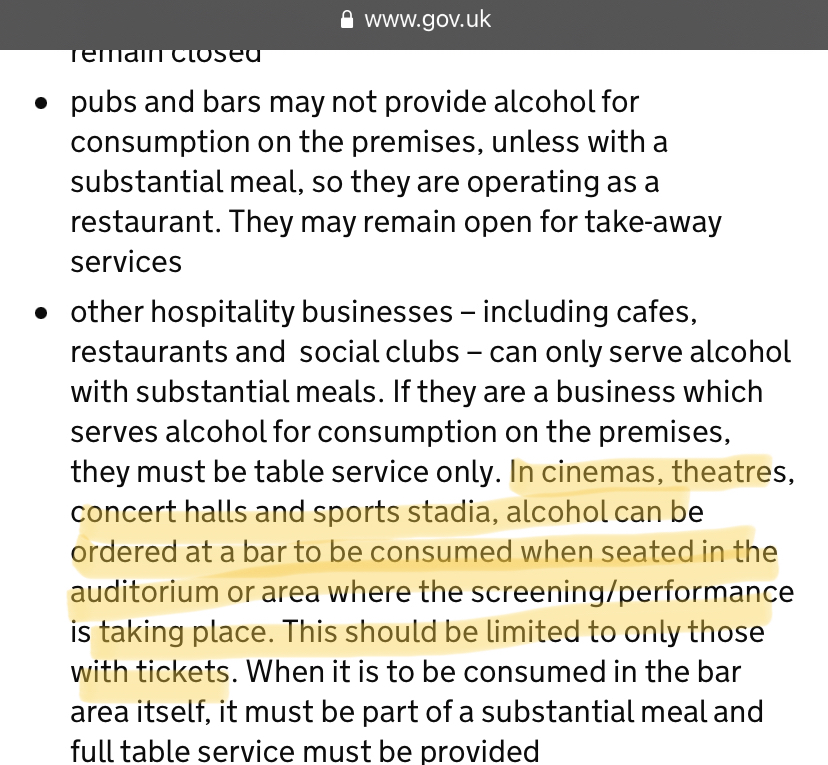 Twenty four hours is a long time in football but in the COVID-19 world we live in, it can be a lifetime, with changes being made on an almost hourly basis. Whilst you can never please all the people all of the time, some of the uncertainty and lack of sense in the restrictions put in place (or not put in place) has had everyone scratching their heads trying interpret the rules. If the collective brains of the nation can’t understand something then how do they expect individuals to follow the regulations.

The two big talking points for the Non-League game after the announcement were that clubs in Tier 3 areas could not play in front of any fans at all and that clubs in Tier 2 would not be able to serve alcohol at any time, match day or not, in their club houses and bars unless they were serving it with a substantial meal. What did that mean?

What was the definition of ‘a substantial meal’? Compared to a packet of crisps, a pie or sausage roll is substantial for instance? What happens when you wanted another drink? Did you have to buy another substantial meal? The guidance was a clear as mud.

For many Non-League clubs, the bar is a significant source of income, not just on match days but throughout the week. Many clubs who would be in Tier 2 hire out their bar area for functions. Clubs such as Bognor Regis Town and Aveley have impressive club houses that contribute significant funds to the overall club. If they could not open then that would make a big dent in their income.

On Friday it was announced that only designated restaurants or bars/pubs that served substantial meals could continue to serve alcohol and then it would have to be table service. Bars that didn’t serve meals could sell take-aways. Ah ha! I hear you say – Football clubs could sell beer as take-aways and fans could then drink it on the terraces. The rules were then “clarified” to say that if take-aways were offered, they had to be drunk outside of the “premises” which in the case of football (and other sports), meant outside of the ground.

On Sunday we were told by a member of the Government that only one drink could be had with the substantial meal and once said meal was finished the diner/drinker would have to vacate their table. An idea of calling a beer “Substantial Meal” was scuppered.

On Monday afternoon it was suggested by another senior politician that items such as Scotch Eggs were considered “substantial”, which would then mean clubs would be able to serve small items like sausage rolls with a beer.

On Monday evening there was a change to the Tier 2 restrictions published on the Government website. In that the guidance for sports stadia appears to have changed as per below:

“In cinemas, theatres, concert halls and sports stadia, alcohol can be ordered at a bar to be consumed when seated in the auditorium or area where the screening/performance is taking place. This should be limited to only those with tickets. “

The reading of this suggests then that clubs can serve alcohol as long as it is consumed outside of the bar – in other words exactly the same rules as existed before lockdown.

The news has been welcomed by Non-League clubs up and down the country although of course it has not impact on clubs in Tier 3 who are still unable to either open their club house or welcome any fans into watch matches.

Is this the end of the confusion? Probably not, but in the changing of one sentence hundreds of clubs would now be able to generate vital secondary spend revenue that could be the difference between them staying afloat or going under, especially if the return to football isn’t so straight forward.

Of course, the only certainty in Non-League football is uncertainty so we look forward to tomorrow’s instalment with interest.