The end of the football season. A time to reflect on all those moments of joy watching our beautiful game before the crashing realisation that there will be no more last minute winners, no more dodgy offside decisions and no more Robbie Savage – well, at least there is one positive. The biggest question on our minds is not where to go next Saturday but what excuses we could use to avoid the inevitable trips to DIY stores or fixing the leaking roof in the garage. These were the thoughts running through my head until I had an invite from those good people at Allianz to help them spread the good news – Football is for life not just for 37 weeks in the season. Their request was to help them celebrate all that is good about our beautiful game in one day. One glorious day. One day that I had to keep quiet from my nearest and dearest for fear of jealous retribution. A ticket to the Champions League Final. Of course I said….”YES!”. 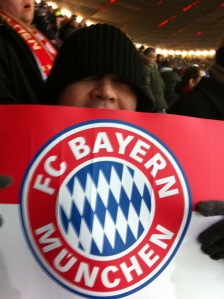 If you are in any doubt about the anticipation for the Champions League final at Wembley then go an ask your average season ticket holder at the Allianz Arena or the Signal Iduna Park where they will be watching the game on Saturday night. Over 1 million people applied, but failed, to get tickets through the small allocations given to Bayern and Borussia for the most eagerly awaited European Cup final in decades. I cannot remember a final that has created such as buzz among the neutrals fans, none more so than the English who look on so enviously at the way German football is run. Make no mistake, this is THE best final the competition could have asked for. In some ways there is a poignant irony that the two teams competing at Wembley in the FA’s anniversary year are from our fiercest footballing rivals but in my opinion we are lucky enough to be watching two of the best teams in Europe at the moment compete for the coveted trophy.

Last season Borussia Dortmund were simply sublime. They followed up their Bundesliga title of 2010/2011 by writing a new chapter in German footballing history last season. Everyone expected Bayern to return like a wounded animal from losing their crown and pre-season spending suggested they were the favourites for the title. But Jürgen Klopp’s yellow and black army, powered by the 25,000 on the Südtribüne in the Westfalonstadion swept all before them, securing the title with three games to go and then humiliating Bayern in front of a watching nation in the German Cup final to secure their first ever domestic double. We should also mention the home defeat in last season’s Champion League final to Chelsea at this point but I fear retribution from my Bayern supporting friends for rubbing in the disappointment of 2012 too much. 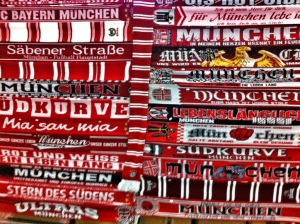 Fast forward twelve months and it is Bayern that everyone is talking about again, this time in the most positive and glowing terms. They started the season like a bullet and have never let up, losing just once in the league and twice in the Champions League (to BATE Borisov of all people and then to Arsenal). Oh, and of course they had the mid-season distraction of the announcement that Pep Guardiola would be joining them from July. Like that upset their rhythm in any way! Their record-breaking 23rd Bundesliga title was secured against Eintract Frankfurt with six games remaining, and of course they then went onto destroy the “best team in Europe ever”, Barcelona, in the Champions League semi-finals to reach their second successive final. Of course Borussia themselves hardly had an easy ride, coming out of a Group featuring the richest team in the world in Manchester City and then demolishing Real Madrid in Dortmund to set up the first all-German Champions League final.

In the past few years the Champions League final has featured teams who are hardly at the top of their game. This season we will see the best European side from last season play the best European side from this season. No question. The venue of legends will hopefully feature a legendary game. There are key battles all over the pitch. This will be the fifth time the teams have met each other this season, with two Bundesliga draws and two Bayern cup wins (in the season curtain raiser DFL Supercup and the quarter final of the German Cup) giving the Bavarians the slight edge. Reus v Ribéry, Lewandoski v Gómez, Weidenfeller v Neuer. On their day (s) both sides are irresistible and we can only hope that both attacking sides turn up at Wembley tomorrow night. 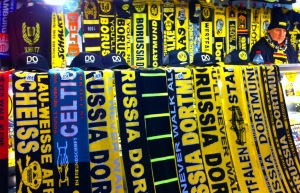 Bayern seem to have been the bridesmaids of Europe for far too long. They are one of the continents greats but have rarely been able to make that final step in the past couple of decades to be spoken of in the same breath as Pep’s Barca, The Galacticos of Real or Fergie’s Treble winners of 1999 (who of course beat Bayern in injury time in the Champions League Final in the Camp Nou). Their attacking intent this season has been there for all to see as they scored 98 goals in the Bundesliga on their way to a record haul of 91 points. Dortmund’s domestic season has been frustrating with injuries and suspensions often robbing Klopp of his best XI. His mood will not have been helped by the persistent rumours of departures to his key players such as Lewandoski to Real Madrid or Reus and Götze to Bayern, the latter of which is now a done deal for a mere €37 million. This could be the last hurrah for his side so he will put the last twelve months behind him and focus simply on capturing the biggest and shiniest prize in European football.

Come Saturday night when millions of viewers eyes turn to Wembley Stadium to view the Die Klassiche it will be time for both teams to put all the personalities, politics and above all the past behind and concentrate on becoming the true Champions of Europe. Football for life, that is for sure!