It’s a very chilly, but sunny afternoon in early April and the baseball season in the US is under way for another year. I’m sitting in the top tier of CitiField, the 42,000 all seater stadium in Queens, New York. I can virtually count the number of fans in the stadium as the Mets and the San Diego Padres struggle to entertain the sparse crowd. As part of their commitments to the TV schedules, this game started at 1:10pm on a Thursday. Can you image a Premier League game being scheduled for mid-afternoon on a working day? Bear in mind that the Padres fans watching on TV are doing so over their bagels at 8:30am in California. 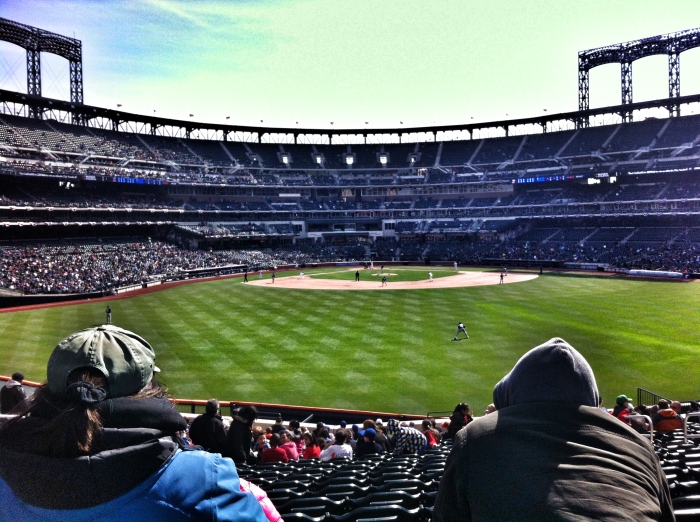 Welcome to the world of US Sports, where fans are often seen as an inconvenient truth to professional sports. Let me start by saying that I am a Baseball fan. Since coming to a Yankees game in the old Yankee stadium some 10 years ago I can see the magic, the history and the fan interaction in the game. But perhaps it is time for a little make-over. When I said to people in the office in New York I was heading to the game they asked me how much my ticket was. “$5 on StubHub”…the reply was almost universal – “$5 too much, the Mets suck”. And based on the fact that after 6 innings the score was just 1-0 to the Padres I had to agree. Fans were huddled under blankets, enjoying a day off work, but hardly being warmed by the game which was limping along and crying out for someone to put it out of its misery.

Last month I went to see the New Jersey Devils play an NHL game, and my five proposed changes had certainly caused some debate both with my sports-mad work colleagues but also blog readers. So I thought I would take the opportunity of another break in play for a TV Ad to make five suggestions about how I would improve Baseball for the watching public.

1. Do not allow any fielders in the outfield during the first three innings – It is highly unusual for a batter to hit the ball (at all!) into the outfield and not be either caught or run out at first base. So many will not try to strike the ball long, preferring the tactical approach to getting to first base. So to bring some excitement into the game as early as possible by keeping all the fielders “infield” it encourages the batters to hit the ball over the top and run. More hits = more runs = more excitement for the fans. This change was introduced into limited over cricket some years ago, with the fielding site only able to have a certain number of players in the outfield.

2. Ban fielders using gloves – Apart from the catcher, is there any reason why the rest of the fielders wear a glove? Surely it takes any risk out of catching the ball when it’s hit into the field. It discourages batters from trying to hit the ball. And it’s not as if its a really hard ball, is it? Once again, take a much heavier cricket ball being smashes around a pitch; all of the fielders have to try and catch the ball with their bare hands. At the moment more than 90% of balls hit in the air are caught. Take away the glove and these odds fall to around 50%, thus making games higher scoring AND highlighting the fielding abilities of the players and teams as differentiators.

3. Make Home Runs worth 2 points – The ultimate shot in baseball is the home run, the strike of the ball that sees it sail over the perimeter fence and into the crowd. Queue crowd going wild – after all it’s what they’ve paid to see (well from the home side anyway). Yet such an achievement gets the batter exactly the same as someone who takes 20 minutes stealing bases behind the pitcher’s back. Where’s the justice in that? So make a home run worth double. Celebrate the achievement, reward the brave.

4. Get rid of the foul line – Sometimes the difference between success and failure in life can be a matter of millimetres. In baseball the difference between a “play” and a foul call be the ball sailing 60/70 yards and then passing a tad of an inch over the foul line. That’s crap. The ball is still rolling around in the outfield, so bloody play on! At one point in the Mets game there were 4 of such shots for every one that stayed infield. Cheated, that’s what we are, cheated. So get rid of the foul line in front of the batter so they can swing freer.

5. One Innings games – Now this will sound very radical. About the same level of radical as when which ever genius first proposed the concept of Twenty20 cricket. Due to the huge distances involved in the US, games tend to be played in series’s of 4 games over 4 days. So my final idea is to reduce these games to 3 games in 3 days. Then on the 4th day the game is played as a single innings competition. Each team simply bats until all of the players are out and then the other team chases down that score. Games could last an hour or several – that’s the beauty of it. And instead of counting towards the regular season league places, it is counted as a separate competition. This is the next big idea, trust me.

So there we have it. Five changes that would revolutionise the game. Please don’t all thank me at once. I know I’m a sporting genius but I don’t want any credit for putting the pizazz back into a national institution. I’ll get my coat

2 thoughts on “Getting past third base…”