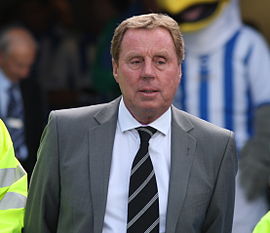 Just after their home defeat against Liverpool at the end of December, QPR manager Harry Redknapp made the bold prediction to the watching Sky Sports audience that Rangers could “get out of this”.  Since then they have shown signs of life, including the coupon-busting win at Stamford Bridge versus Chelsea.  But it was the trip across London to play West Ham that I’ve had my eye on this week. Despite his “loveable” image as a true Eastender, ‘Appy ‘Arry isn’t the most popular ex-Hammer in E13. Perhaps it was his “interesting” transfer dealings whilst at West Ham, brilliantly recounted by Tom Bower’s in his book Broken Dreams, or the fact he managed arch rivals Spurs, but Redknapp will not get a heroes reception on Saturday that he perhaps, like his nephew Frank Lampard, feels he deserves from the Upton Park faithful.

Recent form suggests that this game could be a lot closer than current league positions suggest. Both have come off the back of tricky midweek FA Cup replays, with the Super Hoops recording a great win at West Bromwich Albion whilst The Hammers succumb to a predictable defeat at Old Trafford. Bookies bwin suggest the smart money is with a low scoring game, with under 1.5 goals at 1.83.  West Ham’s home form this season has seen them taken points when they have gone a goal behind, as they did against Chelsea back in December.  But scoring goals has been a major problem for the Hammers this season, with Kevin Nolan top scorer with just five goals.  In fact Carlton Cole’s two league efforts are the best the forwards at West Ham can manage so far this season but he is still 6.5 to score first with bwin.

The two clubs have shared more players than most over the modern history (aka The Premier League years) than most. Whilst Keiron Dyer is a current player who has graced both sides, (in the loosest sense of the world) Martin Allen and his cousin Clive, Tim Breaker and Steve Lomas have made the move in the Premier League Years.. Of course going back a bit further there was the legendary 1980/81 side of West Ham that featured Phil Parkes and Paul Goddard who played for both teams. Parkes was a legendary stop shopper as well as being fond of a bet himself and would have snapped up the odds of 3.30 on keeping a clean sheet on Saturday.

Hopefully the normally excellent pitch at Upton Park will survive the attack of freezing temperatures and that the only thing Redknapp takes away from Upton Park is a Sullivan and Gold bobblehead, reduced in the post Christmas sales.