Norwich City fan Thomas Rooney is happy with the Canaries transfer dealings already in preparation for their return to the Premier League.

Paul Lambert has achieved so much since becoming Norwich City manager that he has won the respect of every single fan of the club. In short, he is trusted to make the right decisions and help take us forward.

This includes his dealings in the transfer market. Quite simply, Norwich fans trust him to get the players we need and get the players that will give us a fighting chance of going against most sports bets and doing well in the Premier League next season.

Quite frankly he could sign Shefki Kuqi and although we’d have a hesitation, we’d back his decision. This is quite a rare position for a manager to be in, it has to be said. Especially after just two seasons at a club.

Back to back promotions don’t come around too often though, so Lambert deserves our trust and he deserves the backing of the board financially. At the moment, he seems to be getting both.

So, let’s take a look at who we have signed so far this summer. As mentioned we trust him whatever he does, but it is worth looking at the type of player he is bringing to the club as we look to prove sports betting  pundits wrong and survive in the top flight.

James Vaughan – The Everton man was Lambert’s first summer signing and one I was very pleased with. He hasn’t quite made it at Goodison Park, but clearly has an abundance of talent.

At 22-years-old he is at the perfect age to kick his career onwards and upwards with Norwich. With a loan spell at Crystal Palace most recently, he will be determined to show everyone he can hack it at the top level. 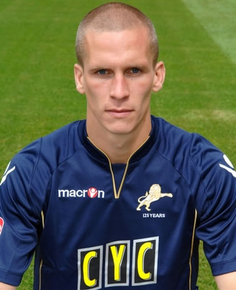 Steve Morison – The 27-year-old striker was Millwall’s top goalscorer last season and clearly has the knack for scoring. He has made a dramatic rise from playing for Bishop’s Stortford five years ago and will be relishing the chance to play in the Premier League.

This will be the biggest club he has played for and the highest level he has played at. If Lambert’s previous signings in this mould are anything to go by, this is a good sign. Like Vaughan, Morison is hungry for success.

Elliot Bennett – Another capture from the lower leagues, Bennett was Brighton’s stand out player in their League One title winning campaign. A pacey winger, Lambert has long-time been an admirer and it will be interesting to see how he gets on.

Again, there is a patter emerging with this signing – hunger. Bennett can forge an excellent career for himself if he can prove he can cut it in the Premier League. He will work incredibly hard to show everyone what he has got.

So, these are the three signings that have been confirmed. All add something to a squad that is increasing in depth. Rumoured future signings include Ritchie de Laet on a loan deal from Manchester United and Bradley Johnson from Leeds United.

I would be happy with both of these. De Laet is an excellent young defender and Johnson would add something different to our midfield options.

The only thing I would like before the season commences is a couple of players with a bit more of Premier League pedigree. Even if they are on loan for the season. That would mean the squad has a good balance.

Lambert can do what he wants though really. Everything he has touched so far has turned to gold, so why stop now?