In August 1979 the Fuller family set off for a holiday in Scotland.  As a nine year old I was heading north of the border for the first time, my mind full of images kilted men tossing haggis all over the place – well that is what my brother had led me to believe.  Quite how my Dad had managed to get this under the radar of my Mum I don’t know but amazingly during the time we were in Scotland West Ham were also due to play a couple of pre-season friendlies.  What a co-incidence.

She smelt a rat when we arrived in our hotel just outside Buckie, a small town on the Moray Firth not far from Elgin (aka a bloody long way north) to see billboard posters announcing the return of local lad Goergie Cowie and his West Ham team mates.  Oops.  To be a fly on the wall of their room that night as he explained that one away.  But we were not the only West Ham fans in the crowd of 2,500 a few days later when the Hammers beat Highland League side 3-1, nor were we a few days later when West Ham put 8 past Ross County.

West Ham were “up north” to play in the prestigious Tennants Cup tournament at Ibrox, featuring Rangers, Kilmarnock and Brighton & Hove Albion which at the time was a real coup to get a place in.  Their 3-2 defeat to the hosts was no disgrace at the time.  But what if it was today?  Would anyone actually care?  Would anyone turn up?  Would Brighton, let alone West Ham actually field a team featuring any first team players?

Pre-season for Premier League clubs today is now about money, not about fitness.  Who in their right mind would fly players who have just finished a major tournament to the other side of the world to take part in a couple of games?  Ah of course, Premier League teams would.

Harry Redknapp came out during the Summer and said he would rather have completed his pre-season at Torquay rather than in New York.  Is he really saying that as manager of Spurs, one of the Champions League qualifiers that he has no say in where Spurs go to play pre-season?  If not then it truly is all about the money.  In the past two years West Ham have played in the “Peace Cup” in Korea, against Spurs incidentally, and in the MLS All Star game in Toronto (handily timed to always co-incide with our pre season I think).  There will be the odd friendly played against a lower league team, such as Peterborough United but now clubs head overseas at the drop of the hat. 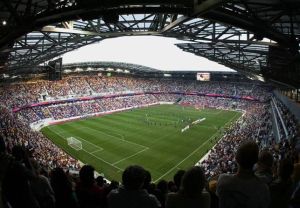 In July Premier League players certainly racked up the air miles.   Man Utd (Philadelphia, Toronto, Kansas City, Huston), Spurs (San Jose, New York), Man City (Portland, Atlanta, Baltimore, New York, Mexico City, Milan), Everton (Melbourne, Brisbane , Blackburn Rovers (Athens, Sydney) and Birmingham City (Beijing, Hong Kong) have all headed off to the other side of the world just to play a game of football.  Football these days is not a “pack your boots in a rucksack” sort of event.  Birmingham City took 37 people on their trip to the far east and checked in nearly 180 bags for their flights.  Poor Portsmouth on their US trip (Yep, we are talking about financially crippled and in administration Pompey at the time here) lost a number of kit backs travelling across the country, having to borrow some to complete their tour.

So what is wrong with games closer to home?  Why don’t any of the teams head up to the beautiful Moray Firth anymore?  Of course it is all about money and spreading the Premier League gospel to the likes of Beijing, Houston and Brisbane.  If game 39 if not going to happen yet, what better substitute than bringing the PL teams to cities around the world who MAY one day bid for the rights for this privilege. 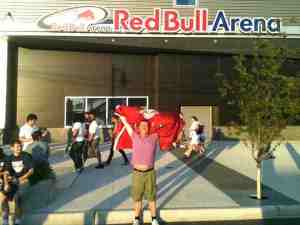 And they are big business for the “loyal” fans too.  Take the world’s biggest club, or so you would believe reading their website.  Last season’s 5th best team in the Premier League were selling 5 night packages, EXCLUDING match tickets for just £899.  A trip to follow them on all their pre-season games would set you back over £2,000.  But of course the clubs do not actually care if their true fans come or not.  They want new fans.  Fans who will buy the shirts, subscribe to the website to get “exclusive” content such as Vincent Kompany shooting hoops with the New Jersey Nets – woo hoo.  “Real” fans will only get in the way, daring to share such things as hotels and airplanes with the players.

So if Redknapp is right (are we really going to change a habit of a lifetime and believe something he says) then who at the clubs is responsible for arranging pre-season games?  It used to fall into the hands of the Company Secretary (or at some clubs even a fixture secretary).  In the old days it used to be a network of friends who used to phone each other up and ask a “favour”.  West Ham regularly took first teams to the likes of Tipton, Colchester United and Southend United simply because the clubs administrators (with a small a) were chums.  Nothing wrong with that.  The locals loved the games, crowds flocked in and players could be out roasting, sorry resting, by 11pm.

Pre-season games often throw up some controversy.  Last season Bradford Park Avenue went to Spain for theirs, playing three games including one where they won 5-2 against a local team with their new signing scoring a hatrick.  Except it never happened.  For some reason the club made it all up – see the excellent Two Hundred percent article here. And then there was the classic Northampton Town one a few years ago where supporters who paid to accompany the team as they played some “decent Spanish opposition” were shocked to be asked to put the nets up at their final venue, no more than a Sunday league pitch – hardly the venue that required the tickets that they had needed to purchase.  The organiser of said trip was of course no longer at the club.

So what is the answer?  Will we ever see clubs heading to the likes of Buckie ever again?  I like a pre-season game, as you will see from some of the games I went to in the summer (Eastbourne Town on a Friday night anyone?).  I like seeing some new venues, places that I would not normally see.  The annual TBIR family trip to Wales will see a couple of new venues under our belt every year and I will thoroughly enjoy them, a million miles away from the plastic fans sitting in the Rogers Center in downtown USAville watching the likes of David Villa wondering what the hell he is doing here and who exactly are Man City playing today.  And how long before results in these games start to be manufactured to give the “right result” I wonder?

Thirty years ago very few clubs ever went outside the UK, let alone Europe for a pre-season tour.  In the same year West Ham went to Buckie, West Brom went to China – becoming the first ever British team to visit the country.  One day between games a card school was in full swing in the hotel lounge.  A number of players had arranged to go on an organised tour taking in the Great Wall.  Asked if he wanted to go, John Trewick said “Once you have seen one wall, you’ve seen them all”.

If game 39 is anything like the atmosphere we have seen at the Red Bull Arena, the Workers Stadium Beijing or the Buck Shaw Stadium you can keep it but then again who really wants to hear our opinion?