It’s 1am and the train’s grinding on the rough rails is keeping me awake. We are chugging somewhere between Zagreb and Belgrade. We could be in Croatia, we could we be in Serbia. But we actually have no idea at all where we are. Conversations have moved on from about how this train is like the one on “Hostel” to “what happened if they had a Saw-esque sadist on this train”..all the kind of conversations you want to have when you are in one of the remotest places in Europe with no mobile phone signal. The single 5 watt bulb is too dim for me to read my latest inductee into my Sportsbook review section, an excellent book called Danger, Kids! by Alan Moore which tells the story of an ambitious plan to re-unite Europe through football, a mission the carriage carries as its mantra for the weekend.

Quite how and why we ended up on a train that would have put a British Rail football special after West Ham, Millwall and Chelsea had traveled on it in the luxury category is still unclear. As usual I blame Danny Last. He saw a Youtube video, and that is always how these things start.

“Stu – look at this video. It is the maddest local derby of all time. We HAVE to be at this one next season.” That is always how it starts. And then there are the emails with links to flight times, hotels that are “just perfect” and before I know we are at Gatwick airport at 4am with a pint of Guinness for breakfast waiting for a 6am flight to a place where most rational people had never heard of, let alone visited. Spakenburg, Lodz, Trnava, Coxyde, Amiens, Rome. You name the place and it is more than likely that we have turned up there at some point.

But this trip was different. Not one crazy derby but two. Two days. Two countries and four sets of fanatical fans “in theory”. And to make it even more “interesting”, we were entering a land that had been torn apart by Europe’s biggest civil war, acting as the 21st century Peacekeepers. As if football ever really healed any rifts like this.

Earlier in the season the seeds had been sown by Andy Hudson who had blagged his way into the Belgrade derby at the Red Star stadium. He enthused about the atmosphere, the fireworks and flares, the songs, the chanting oh and the football wasn’t bad either. This man knows his football and after he said we HAD to be at the return game, we begrudgingly agreed. After all, you do not mess with a man who is Hebburn Town’s biggest fan. Begrudging in Danny and my vocabulary actually means we ask our respective wives before we book any travel. 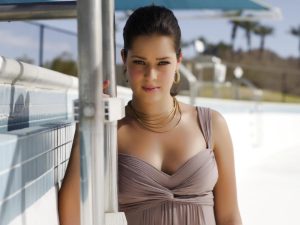 So after making another withdrawal from the PSF fund (Petrol Station Flowers), I had my CMF visa approved. She was a bit worried though. She too had seen Hostel and seen how easily led the three chaps were by scantily clad women. But I was able to reassure her about safety in numbers as well as learning the Serbian word for stranger (“странац”) that I would shout loudly and point if anyone like Ana Ivanovic started getting their kit off on the train.